King Asphalt, Inc. recognized with the 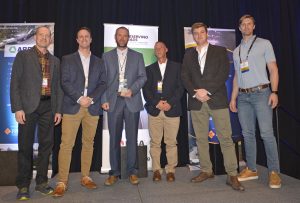 SOMETIMES, WHEN IT COMES TO PROJECT DESIGN, YOUR CONTRACTOR KNOWS BEST.  In the case of the planned rehabilitation of 7 miles of U.S. Highway 123 in Pickens County, South Carolina, the South Carolina DOT (SCDOT) quickly acceded to a largescale change suggested by contractor King Asphalt—one that would completely reenvision both the scope of the project and the quality of the resulting rehabilitation, and earned the 2020 ROADS & BRIDGES/ARRA Recycling Award for Full-Depth Reclamation. “This project was originally bid as a patch, mill, widen, and pave,” King Asphalt President Mike Crenshaw told ROADS & BRIDGES. “There were approximately 200,000 sq yd of pavement out there. Over half the pavement was severely deteriorated and needed some type of repair. SCDOT had only 35,000 sq yd of full-depth patching available for the project. The project would then be widened by 2 ft on the inside and outside shoulders, milled, and an intermediate layer would be placed followed by a surface layer. That’s the way it was originally bid.” King quickly ascertained that such a limited scope would not achieve SCDOT’s ultimate goal of road restoration. “The problem with that,” Crenshaw went on, “was that the entire right lane, both to and from, was completely falling apart. It was impossible to ﬁgure out where to start and stop patching. Knowing that, and having done other sections adjacent to this project, we felt that there had to be a better approach to repairing this road. This was when the thought of cold in-place reclamation (CIR) for this project was born. We formulated a plan and presented a no-cost-change order, value-engineered redesign to SCDOT. They liked it and they took it, which meant we were able to treat the entire roadway, instead of just those 35,000 yd of patchwork. The entire road got rebuilt.”

The Quality Pavement Award recognizes asphalt pavements with exemplary quality. The nominees for this award are evaluated for outstanding quality control at the plant as well as providing a superb, smooth roadway for the traveling public.  The judges selected two deserving winners for 2016.  SC Highway 133 was the first recipient of the 2016 Quality Pavement Award.  King Asphalt performed the work which was administered by SCDOT District 3. SC Highway 133 is set in upstate SC, adjacent to Lake Keowee. The 11.95-mile project required 10” full depth reclamation and a single lift of Surface Type B.  The 19,000 plus tons of mix had excellent quality data.  King Asphalt provided a superior quality product that yielded a smooth ride which earned it a 2016 Quality Pavement Award.

The Project Delivery Award highlights projects that were completed in a timely and efficient manner, and the owner/agency was extremely pleased with the expedited delivery of the project. This year’s recipients are King Asphalt and SC Department of Transportation (SCDOT) District 3 for the Perimeter Road Project in Greenville County. After years of aging and deterioration, Perimeter Road became a reconstruction candidate that required full depth reclamation and an asphalt overlay. Prior to work, King Asphalt met with SCDOT, Greenville County, City of Greenville and many others to develop a plan to deliver Perimeter Road as quick and efficient as possible, while maintaining access to vital access during peak business hours.

Barnes Station Road is a two lane road out in Iva, South Carolina about one hour from the Liberty plant location. This road has been unattended for over fifteen years and was ready for some attention with a poultry farm up the road encouraging heavy traffic. A CMRB (Cement Modified Recycled Base) treatment was applied by our partners, Sanders Brothers Construction, and then a final surface lift was placed by King Asphalt, Inc. With the teamwork of all aspects of the company, we were able to achieve bonus worthy results with consistent tests, compaction and great rideability. King Asphalt received this award, one of three given each year, at the South Carolina Asphalt Pavement Associations annual Winter Conference in January 2015.

Highway 137 is a two lane highway running between Six Mile and Norris, just minutes from King Asphalt’s Liberty plant location. This road had been severely deteriorated and received a CMRB (Cement Modified Recycled Base) treatment, followed by a leveling surface to smooth out the rough profile. After completion of the leveling, two structural lifts of hot asphalt were laid as well as shoulder dirt, seeding and re-striping of the road. King Asphalt received this award at the South Carolina Asphalt Pavement Association’s Annual Winter Conference in front of co-workers and colleagues.

Highway 123 in Seneca is a well-traveled road used by local residents, travelers, and lots of Clemson fans. The traffic count of this road was nearly 20,000 vehicle per day so construction on this project was completed at night to minimize public disruption. The project included full depth patching of severely deteriorated areas, milling the oxidized friction surface, widening the shoulders, and two lifts of new hot asphalt as well as shoulder dirt, seeding and re-striping of the roadway. The final product created an excellent riding road with some sections even achieving maximum bonus allowable. This project was recognized by the South Carolina Asphalt Pavement Association for a Quality Pavement Award, one of only three awarded that year.

Caesar’s Head State Park is a beautiful and tranquil travel location for South Carolina residents and visitors alike. King Asphalt was privileged to be able to pave a three mile section of Highway 276 that runs through the park. The project included widening of the road to meet federal guidelines, patching in deteriorated areas of curves, leveling of isolated area to help create a smooth ride, and resurfacing of the entire roadway section as well as leveling the shoulders with dirt, seeding the shoulders, and re-painting the roadway lines. The final product was a beautiful and smooth road intended to accentuate the experience of Caesar’s Head State Park. This project was recognized by the South Carolina Pavement Association for a Quality Pavement Award.
[/vc_ro 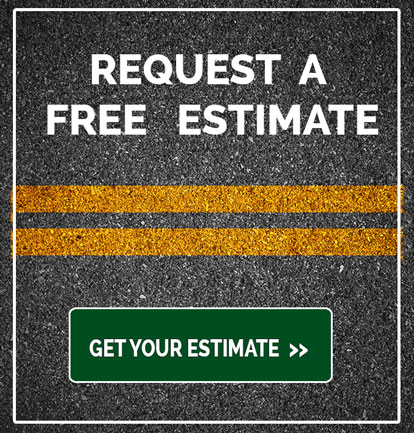